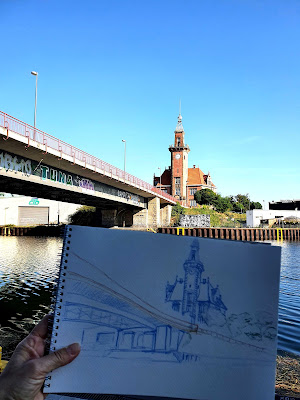 The Saturday was a workshop-day and I stood up early to take the tram to Dortmund harbour. I wanted to be earlier to be able to sketch the harbour building I had seen on photos. The sketch was never finished as the others also came early and we chitchatted until the Workshop began. Till first sent us out to do some thumbnails and I thought that the stopper (for trains), the cross (of train crossings) and the crane would be great for my three thumbnail sketches

After a throwdown our task was to do a larger interesting view of the harbour. 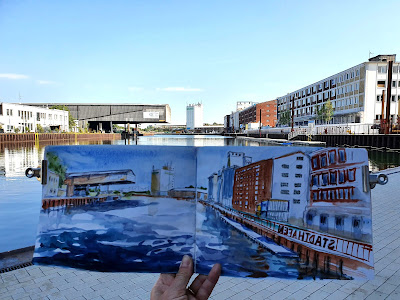 I sketched what was opposite and my focus was definitely on the water in front.

Sorry for the poor photo quality (the original looks much better ;)

As soon as the workshop ended, we had to hurry to the next location which was in the opposite direction of the city. At Hörder Bahnhof we left the tram and just grabbed something to eat in a bakery before our next sketchwalk began.

Welcome to my blog: Bettina malt...I love painting and sketching in Hohenlohe and elsewhere. 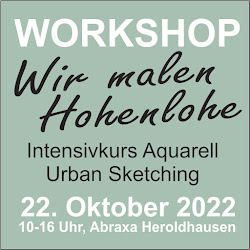 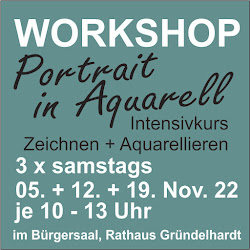 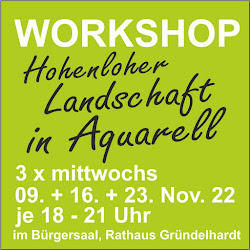 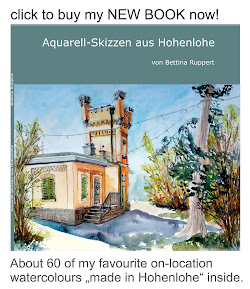 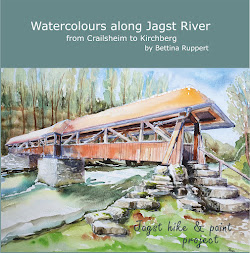 make a reservation for my second book, which will soon be available at bettinasbilder@gmail.com